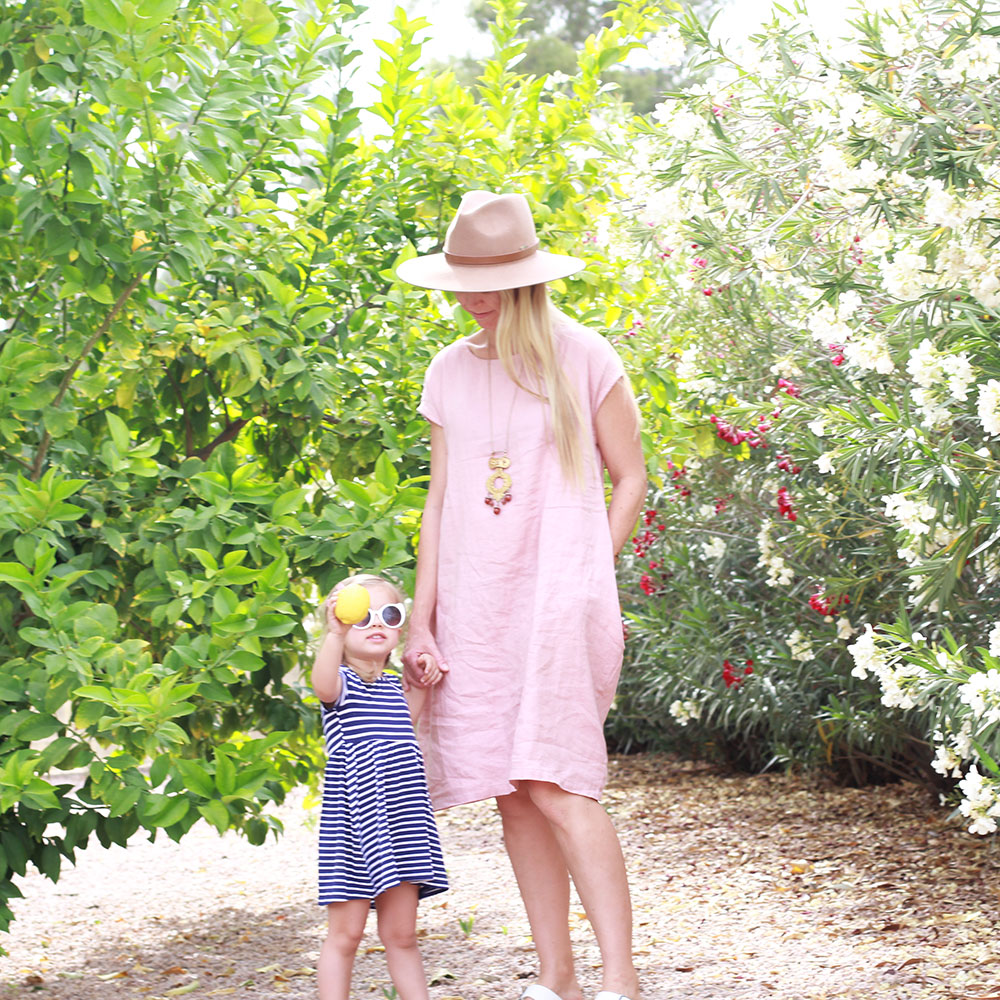 If you have been following along with me over on Instagram, you already know that we finally have a new home! I’ve been a little short on details over there, mostly because this has been such a deeply personal process for us, and I am forever at odds with how much of our private life to share here online. But I wanted to share a little bit more about the process of it for us here now because, this is our real life. Also because some of you have been asking. And finally because, if I can help or encourage even one family on a similar journey, then it is worth sharing.

I’m going to go way back for a minute to the beginning, when my husband and I first met and started dating. Back when we were both still in college. Eventually, he moved to Arizona to be with me, and then we moved to Los Angeles together with a bit of savings in our pockets and no jobs lined up there for either of us. We stuck there for nine years. A lot of life happened there, and we both have very fond memories of it all. We met some of our dearest friends, started our careers, and most importantly, started our family. We lived a really good life there. Even two years now after moving back to Arizona, there is still a piece of me that misses that place, that life, so hard. But we got to a point there where we just felt like we were always two steps behind. Home ownership seemed like a far-off dreamland that quite honestly might never happen. We were running a rat race and in the end, we just wanted a better life for our family.

When we decided to finally make a move, we told everyone that my husband got a job transfer. Which was true, but there was more to it than that. I had some stuff going on at my job that made it easier to leave. My husband did get a transfer, but it was one he sought after and ultimately requested. He is in sales, so the opportunity to maintain his salary was there, but there was a lot of unknown with it being a different market, a different boss, and all new clients. And since I worked in the fashion industry, there just wasn’t much I could do here that could compensate me like I was in California, and justify childcare for two kids. In other words, even though we were cutting our living expenses way down with this move, we were also cutting our income. So in order to move forward in our family life, we had to take a couple of steps back in our financial life.

We made the decision to make this move, and that meant we would have to live as modestly as possible for the unforeseeable future. Which was not by any means easy. We moved here from a great condo in a great LA neighborhood, to a tiny two bedroom apartment. This was right before we found out I was pregnant with #3! Once he came along, we did logistically need a bit more space. We were able to find a little house to rent in an only OK neighborhood. But it had a big yard and it fit our budget. And then as soon as we moved into that house, my husband was laid off from his job. That is something I have never shared here before because honestly, it was heartbreaking for us all. It made us question why we decided to make this move at all and if we were doing this whole thing “right.” There were accusations, assumptions, and of course arguments between us and from our friends and family about what to do next. For a minute, it really did feel like our whole world was crumbling down.

But also during that time, there were a lot of friends who said, “this may be your blessing in disguise.” On some level, we knew that was true. Or at least wanted to believe it was. And in a very short time, it was revealed to us that that was indeed the case. My husband was offered a generous severance that allowed him time to look for an even better job. He also got to take some much needed time off. It was honestly just what we needed as partners and as a family to reconnect.

That was a little over a year ago and now, he is thriving in his new position. For my part, the haze of that first year of baby #3 has lifted and my health issues (which peaked during that stressful time) are far and above what they once were. I’m also in a better position with my business of styling and blogging. So a couple months ago, we decided we were finally ready to start looking for a home to call our very own.

Side note to this story: over the past couple of years since we moved here, my parents have been toying with the idea of buying a condo or a timeshare or some place where the could stay when they come to visit us. They are both close to retirement and like to come visit as often as the can. But since we haven’t had room to spare, they hotel costs just add up! So we decided to do something that some might consider a bit unconventional [or even crazy, haha]. We decided that for this house, we would go in on it together in some way, so that they could have or build a casita of their very own and they would always have a place to stay when they come visit.

This of course made the house hunting a little more complicated. We wanted a big lot that either already had a guest house/casita or room to build one. I was pretty particular about the area I wanted us to be in, as I wanted to be closer to the kids’ schools. We also were really looking for a property we could remodel ourselves. A lot of the places we looked at on the higher end of our budget I just really hated the interiors of and would have wanted to completely change anyway. So we started looking at some on the lower end of our budget, but quickly found that many of these type of properties were being scooped up by investors in literally hours after being listed!

Finally we found this little gem. Initially when my husband sent me this listing I said, NO WAY. I’m not a fan of the Southwestern style exterior (it’s called Territorial, in case you’re wondering), and I just thought it was way too much work (even for me). But when we actually viewed it, I saw alllll the potential. The outside patio and backyard literally could not be better. It’s the garden/yard of my dreams, already there for us! We learned some lessons from having some other properties scooped up from underneath us, so we were able to move quickly on this one and make a deal! 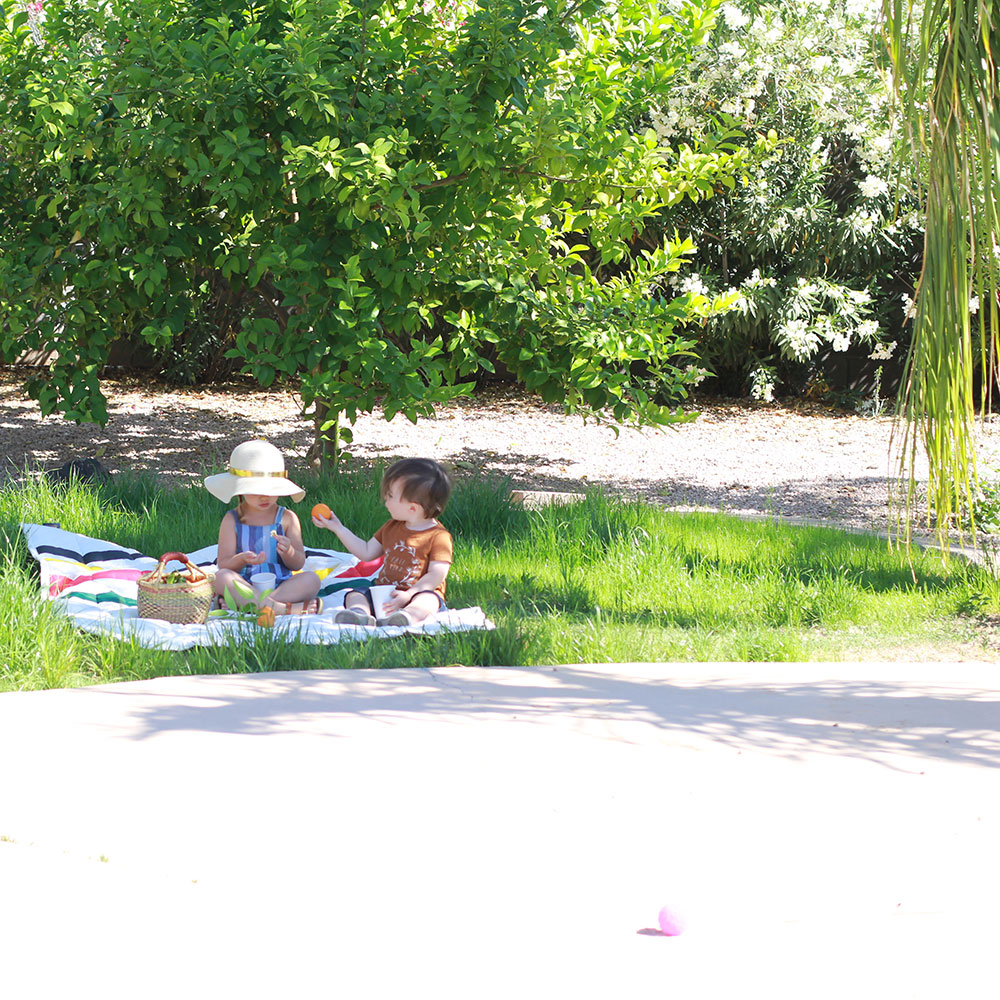 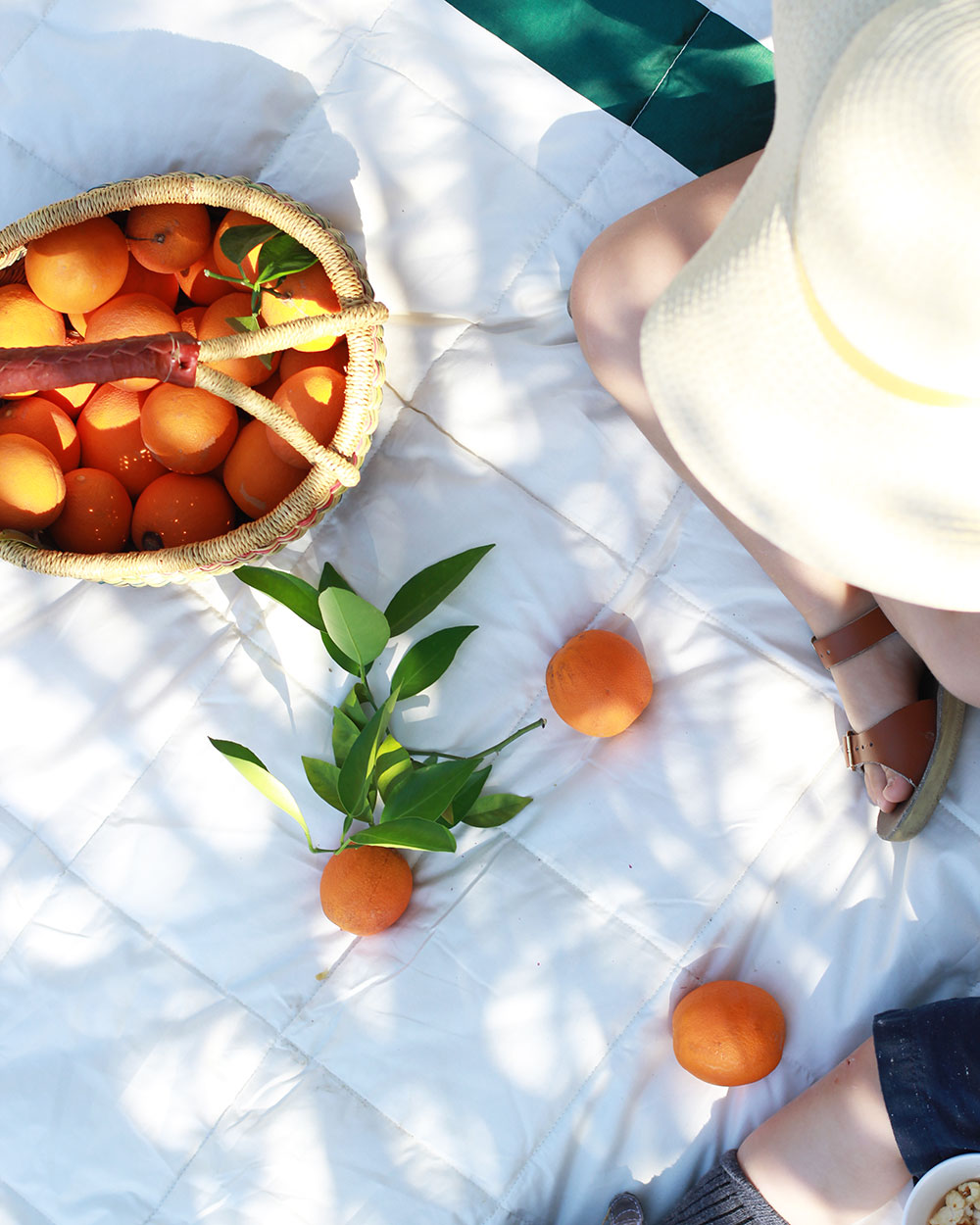 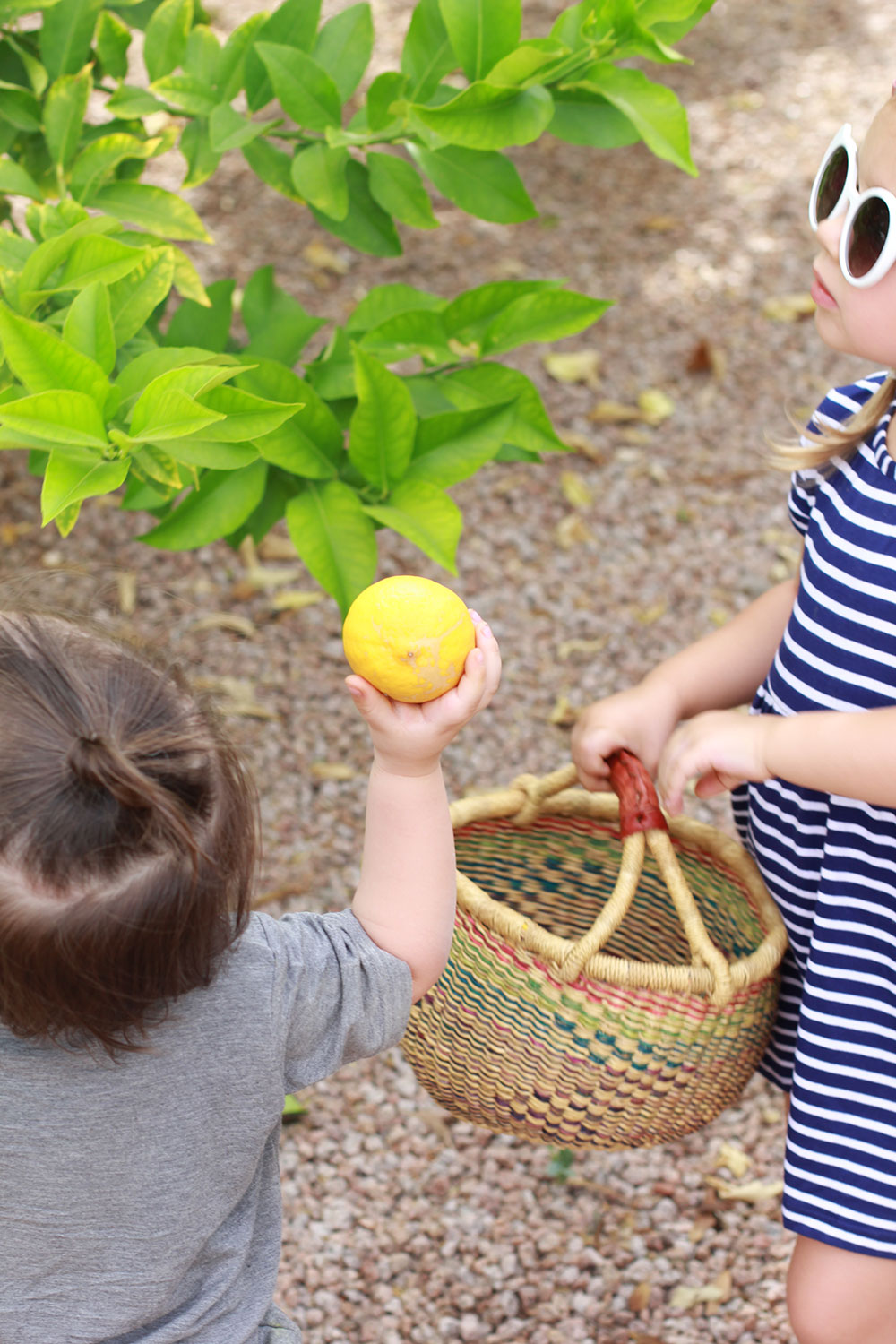 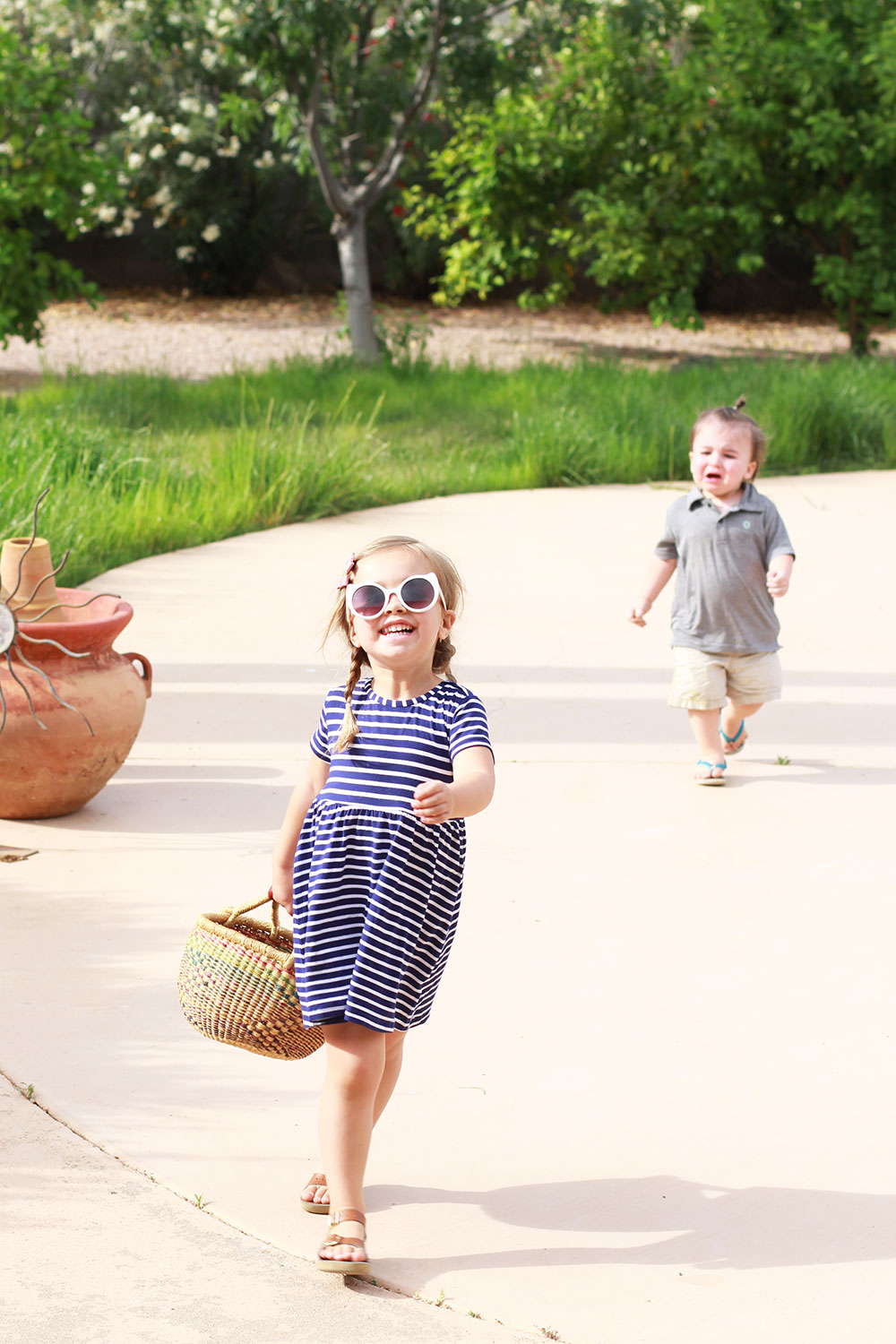 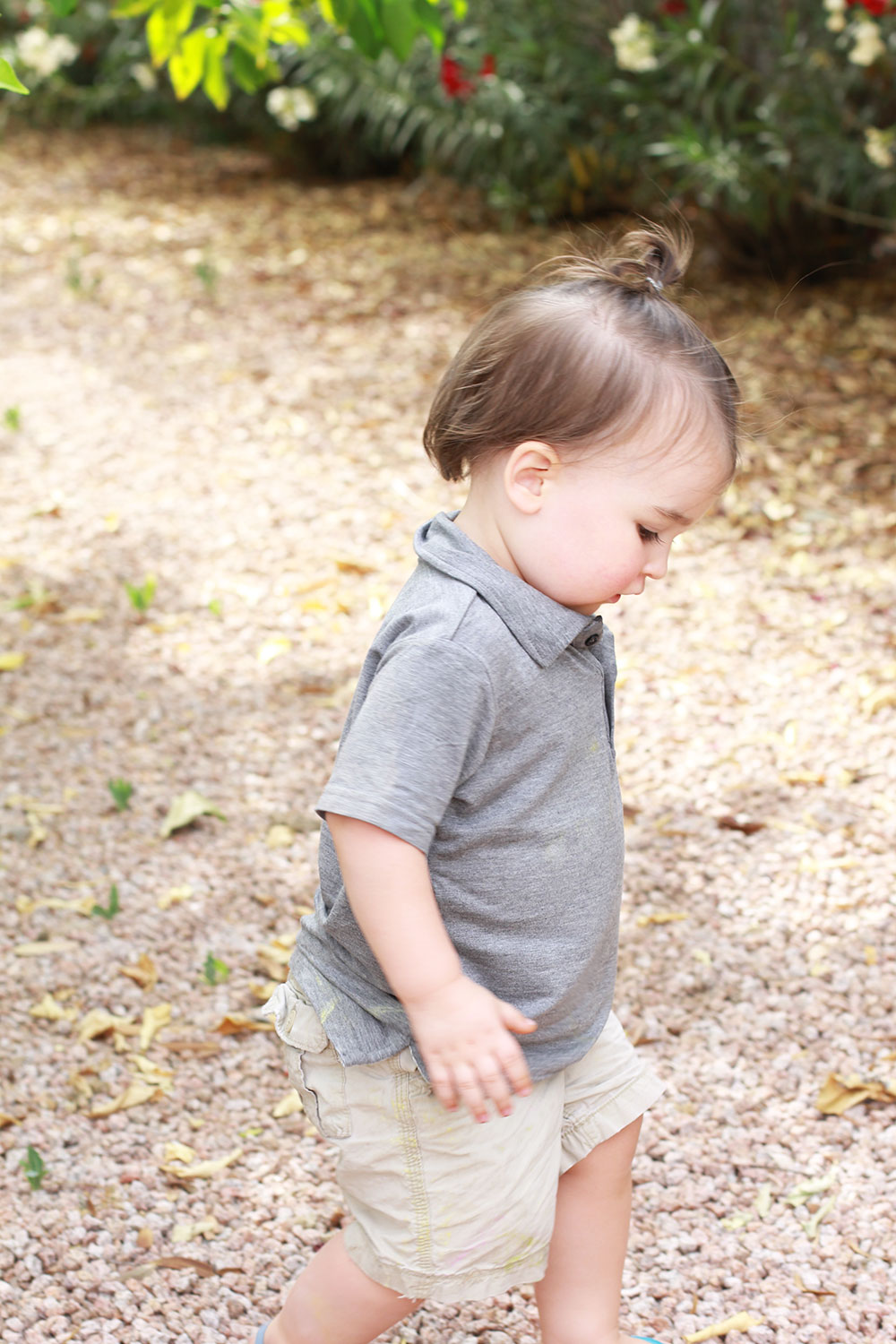 So here we are, 10 years married, 3 kids later, ages 34 + 35, and buying our first home. There were many times throughout the years where we watched our friends have success in their careers, buy beautiful homes and do what seemed like “more” than we were able to do. I’d be lying if I said we weren’t jealous or even a little resentful at times. But also, there were so many good times we had. We know we are beyond blessed. [And I don’t use that word lightly because I think it is highly overused.] But honestly, we are. We took a different path. We were young and married in one of the greatest cities in the world. We had kids when none of our friends were but when it was right for us, and they brought us a new level of joy. We had ups and downs with our careers and now, we have a new home that we can see our future in for many years to come. It’s literally a dream come true!

I guess what I am trying to say is, if you don’t have the house yet, or a fancy car, or a baby, or whatever it is you yearn for, just know this: You are exactly where you are supposed to be right now. If you work hard, keep your head up, and are nice to people, good things will happen. This was something I had to tell myself over and over in the depths of the hard times. It was my mantra. I didn’t even believe myself when I said it then, but I can see it now. And also not to say we may never see hard times again, because we may! But it’s like that saying goes: the best is yet to come.

Now I leave you with a few “before” pics of our new house. We have a lot of projects to get through and are feeling anxious to get moving on them quickly! But we know that this too, is a process. Our biggest “to-dos” are:

We will be doing some DIY projects but will have to hire some professionals to help us out along the way too. So if you’re into that kind of thing, stay tuned for more! 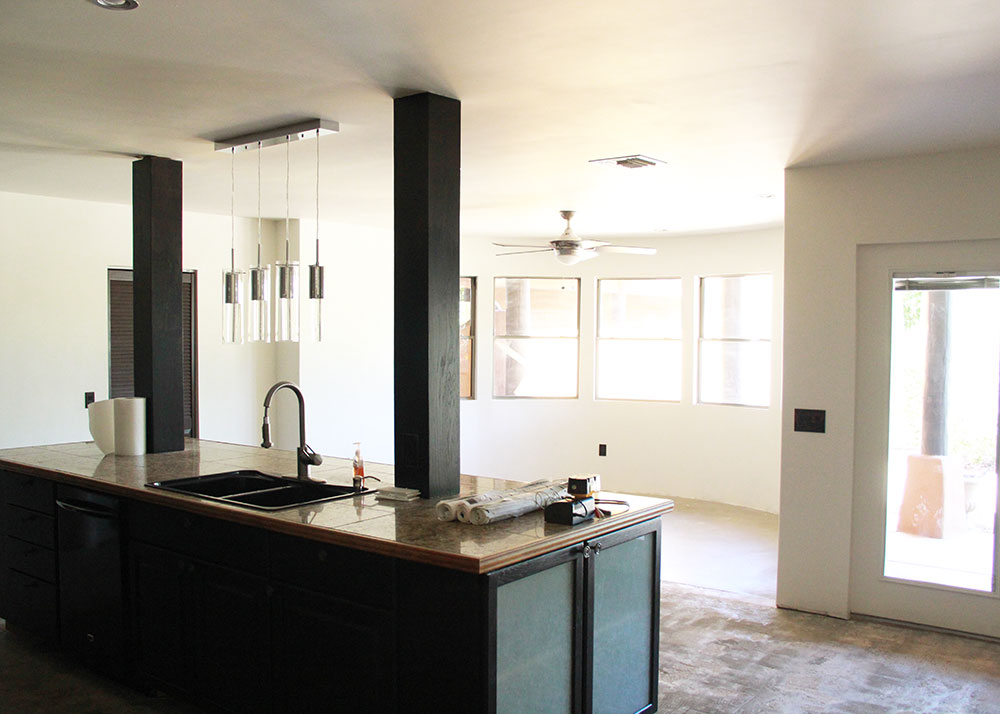 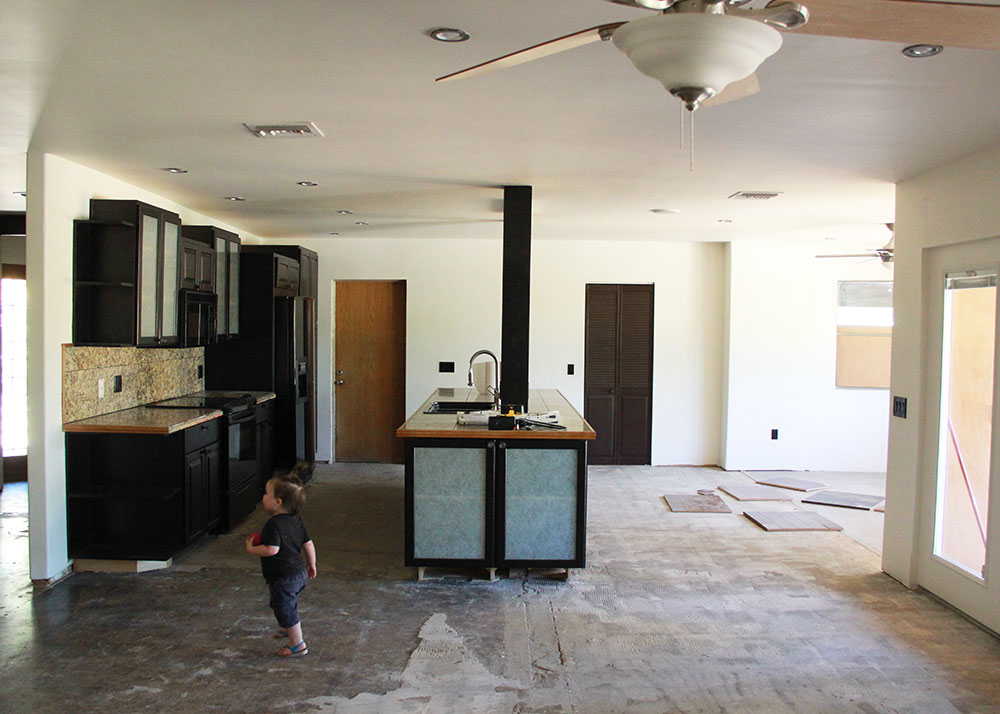 6 Comments on the story of our new home